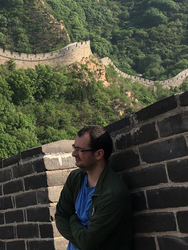 Ana Zalokar graduated in mathematics at the Faculty of mathematics and physics, Ljubljana, in 2011, and has completed her PhD in June 2018 at UP FAMNIT. Before getting employed in 2013 as a young researcher at the University of Primorska she was teaching for one year in high school. At UP FAMNIT she is a teaching assistant for several courses including Probability, Stochastic processes, and Statistics. Her research area is actuarial science, that is, risk management in insurance companies.

Žiga Velkavrh is employed at the University of Primorska as a young researcher of game theory. In 2017 he has finished Masters studies in Mathematics and financial engineering. He has finished bachelor's studies of financial mathematics on the Faculty of mathematics and physics, University of Ljubljana, in 2015. He is interested in game theory and has recently participated in a project dealing with various experiments linked to the area of behavioural game theory and experimental economy.

Nina Klobas is finishing her third year of undergraduate studies of mathematics at the University of Primorska. In her three years at UP FAMNIT, she has gained knowledge of various areas of mathematics (from basics of analysis and algebra to probability and statistics), and some from computer science. She is currently working on her final project paper. 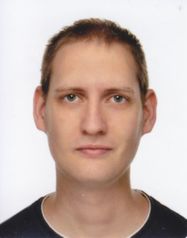 My name is Kenny Štorgel and I am a student in the Master's program Mathematical sciences at UP FAMNIT. Last year I finished the undergraduate studies at UP FAMNIT, with a final project paper dealing in the area of graph theory. This year I am involved in graph theory research as well. I am also interested in other areas of mathematics and beyond, in particular algebraic graph theory, group theory, number theory, and programming.