Ana Zalokar graduated in mathematics at the Faculty of mathematics and physics, Ljubljana, in 2011, and has completed her PhD in June 2018 at UP FAMNIT. Before getting employed in 2013 as a young researcher at the University of Primorska she was teaching for one year in high school. At UP FAMNIT she is a teaching assistant for several courses including Probability, Stochastic processes, and Statistics. Her research area is actuarial science, that is, risk management in insurance companies. 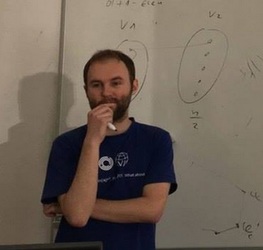 Nina Klobas is a first year student of the 2nd Bologna degree program
Mathematical Sciences at FAMNIT, University of Primorska. During her
undergraduate studies at UP FAMNIT, she has gained knowledge of various
areas of mathematics (from basics of analysis and algebra to probability and
statistics), and some from computer science 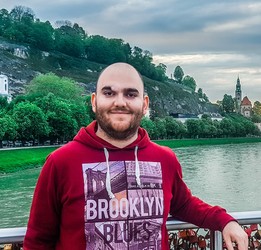 Blas Fernández successfully completed the five-year degree in mathematics at the National University of La Plata (UNLP) in Argentina last year.  After doing an exchange as an Erasmus student at the University of Primorska, he decided to come back to Slovenia to continue his PhD studies in mathematics at UP FAMNIT. His field of research is Algebraic Combinatorics where he is interested in studying Terwilliger algebras and distance-regularised graphs. At UNLP he was a teaching assistant for several courses including Algebra, Linear Algebra and Analysis. Together with others colleagues, he was taking part in some extension projects there with the goal of providing updates and training on knowledge in mathematics, to teachers of secondary education, incorporating the use of hardware and software in the classroom. He will be an assistant at UP FAMNIT next academic year. 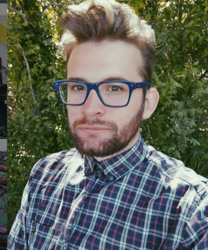 Amar Bapić graduated in Mathematics at the Faculty of Mathematics and Natural Sciences in Tuzla, Bosnia and Herzegovina, in 2017. In 2019 he completed his master studies and enrolled in the doctoral program at UP FAMNIT. His main research area is Cryptography, but aside from that during his studies, he obtained knowledge in various areas of Mathematics (analysis, algebra, measure theory, differential geometry, probability, etc) and some basic knowledge in Computer Science. 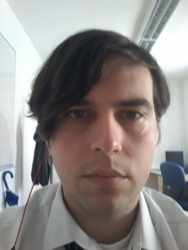 Peter Muršič has completed his undergraduate and masters study in mathematics at UP FAMNIT, 2012. He then got his PhD in Operations Research from Rutgers university in early 2019. There he held positions as teaching assistant and later as lecturer. He was employed by UP FAMNIT just after his PhD defense and is still working for them as a teaching assistant. His research area is games on graphs and structural/algorithmic graph theory.